The Bidun of Kuwait: A Look behind the Laws

In Kuwait, some young Bidun men and women often wonder what more they could offer the country to get accepted as one of its own. Their fathers had lost their lives liberating Kuwait from the Iraqi invasion in the 1990 Gulf War. Their ancestors had settled in Kuwait for three consecutive generations but Bidun today have yet to be afforded any state recognition. Other Bidun question when they will become “pure enough” in the eyes of the Kuwaiti state and society to get recognized as equal humans, if not citizens.

There are 120,000 Bidun jinsiyya (without nationality) in Kuwait today suffering from the lack of political, economic and human rights. None of them can legally obtain birth, death, marriage or divorce certificates. The same applies to driving licenses, identification cards, and passports. Bidun have no access to public education, health care, housing, social security or employment. And while they face some of the state’s harshest discrimination policies, they have no recourse to the law and its courts. Simply stated, the Bidun, who are equal to about 10% of the Kuwaiti population, do not exist. They have been dehumanized and rendered invisible by government policies coupled with pervasive social stigmatization.

Those in positions of power and their allies have used the same excuses to prevent the Bidun from being granted Kuwaiti citizenship and given their civil and human rights. They argue that the Bidun are of Iraqi origins and have hidden their real identification documents in order to get Kuwaiti citizenship and enjoy the benefits of the welfare state. Cruder, everyday conversations characterize them as “uncivilized and savage bedouins” who do not represent the “modern” and more “refined” culture of Kuwaiti society. The Bidun are portrayed as disloyal subjects who are culturally different and thus do not deserve Kuwaiti citizenship.

Several reporters and international organizations, such as Human Rights Watch, Refugees International, and others have been working on furthering the cause of the Bidun. While they have tried to increase societal awareness of the Bidun, little is known of their miserable living conditions, and pervasive societal discrimination against them persists. The recent protests of Bidun in Sulaibiya, Taimaa, and Ahmadi that started on February 18th, 2011 and called for granting the Bidun citizenship have attracted more attention now than in the past due to regional revolutions and uprisings. Around one thousand persons are said to have gathered in all the protests combined to demand rights that the Kuwaiti government has long denied them.

In line with the suppression of protests in the Gulf and other states, Kuwaiti security forces responded to the Bidun demonstrators with violence. They used water cannons, teargas, smoke bombs, and concussion grenades to disperse the protesters. According to Human Rights Watch, over thirty people were injured and 120 were detained by state security in the first day of Bidun protests. The Interior Ministry puts the latter number at forty-two. Interior Minister Sheikh Ahmad al-Hamoud al-Sabah accused the protesters of assembling without prior government notice, and said that they would all be released after investigations were finalized. On March 12th, the Kuwait Human Rights association demanded the release of all detained protesters. Rumors suggest that most of the detainees have been released.

In the aftermath of the protests, the Kuwaiti government and some parliament members announced their commitment to reform laws that pertain to the Bidun. However, like previous promises, they have so far been empty ones. The parliamentary sessions that took place after the protests discussed the rights of the Bidun to get birth, death, marriage, and divorce certificates. So far, these discussions have not materialized into actual legal rights. As a result, the Bidun have taken to the streets again on March 12th, 2011, this time demanding full citizenship rights and not only civil documents.

Kuwaiti media and popular reactions to these protests have been especially disturbing for many in the Bidun community. Kuwaiti newspapers—which are mostly owned by old money Kuwaiti families—were quick to criticize the protests because they oppose the naturalization of the Bidun. Newspapers and television channels alike have accused the hundreds of peaceful Bidun protesters of throwing stones at the police, claiming it was the reason that led to the “clashes” between the police and protesters. Kuwaiti media, however, has condemned the violence used by the Interior Ministry against parliament members and activists who held an informal gathering to discuss “Preserving the Kuwaiti Constitution” in December 2010.

It seems that Kuwaiti newspapers are currently doing the government’s bidding when it comes to the Bidun. As part of a recent media campaign, newspapers have been trying to establish that the Bidun did not take to the streets to fight for their civil rights. Rather, that they did so because the Kuwaiti government was cooperating with its Iraqi counterpart to reveal the Biduns’ real identities in order to deport them. Such media depictions have led to increased anti-Bidun sentiments in Kuwait, with many Kuwaitis now sanctioning the use of force against Bidun demonstrators. Popular anti-Bidun sentiments and reactions cannot be ascertained on state television or through the printed press. However, hate speech and stereotyping of the Bidun minority have become more common in everyday life here and easily found on online blogs and social networking sites.

The way the media has sided against the Bidun protests is not surprising. Many Kuwaitis continue to harbor feelings of resentment at the government for granting citizenship to a certain Saudi tribe in the 1970's, an act that has skewed parliamentary elections. Some Kuwaitis believe that these 'newcomers' were used to politically support and empower certain individuals over others. The Kuwaiti media’s position towards the Bidun can also be explained by a different perspective: "If this minority does not benefit us in any way, why not favor the government this time by siding with it against the Bidun". Consequently, they burn a card once, and then can use the Bidun card at a later time to balance the media-regime relationship.

These are critical times in Kuwait. Events in Bahrain have incited sectarian discrimination amongst all Kuwaitis. Certain newspapers have addressed the Bahrain protests through a sectarian lens, most notably the Al-Watan newspaper, which has caused several sectarian incidents in Kuwait in the past. In a recent incident, Al Watan carried an article that pointed out and condemned the video of Yaser Al-Habib, a Shi’a who was shown cursing Aysha, the wife of prophet Mohamed. This led the Kuwaiti government to strip him of his citizenship.

Kuwaiti society also features class and status-based discrimination as they have always been practiced against the Bidun and other Kuwaiti communities. The pro-Bidun Kuwaiti activists, politicians and writers are making a big mistake by failing to point out these practices of discrimination in Kuwait. Instead, they keep focusing on debating and demanding the implementation of the laws and rules to help solve this long-standing problem. While addressing the importance of implementing these laws is crucial, it makes little sense to do so without first raising public awareness on the status and living conditions of the Bidun. Otherwise, the government and its allies can easily abuse public ignorance in order to get the green light to further oppress the Bidun or other minorities in the future.

I want to be a wine bottle
to a lover in pain.
I want to be a forgotten flower in a book.
I want to have four nationalities and one home.
I want to carry a bag on my back that only fits my mother.
I want to put my lovers in my pocket
So I could kiss them every minute.
I want to create many children from my shoes.
I want to move my hand on my father's beard
Without remembering that he will wake up some day
And not find me!

I want to send many emails
telling people how much deception there is in them.
I want him to stand on the edge of my scream,
One shot from my lung would make him fall upward!
I want to change my soul like I change my clothes
I want it to be diffused with the smell of washing detergents.
I want to throw language away from my room,
Like a rotten coughing sock.
I want to tell the Oud player
That he is punishing the strings with his thick fingers.
I want to be shown exclusively on the screens of happiness.
I want to be fought by sadness.
I want it to be a censor, and am a frightening book.

Simply,
I want to walk in a demonstration against myself. 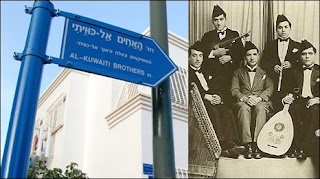 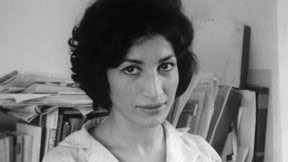 Let Us Believe In The Beginning "

Of The Cold Season" 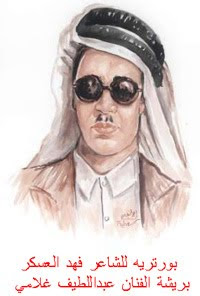 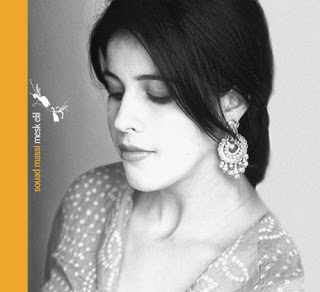