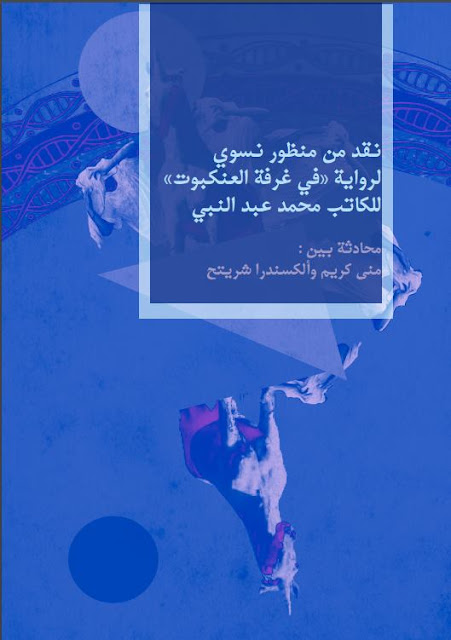 The Amateur Fiction of Arab Dictators

“We were concerned that some of the writers would not be comfortable to be associated with Hesperus once we published this book, but we’re politically neutral. We only publish what we find interesting.” With this statement, British publisher Hesperus announced their plan to publish a translation of Saddam Hussein’s final novel Begone, Demons! which he was, allegedly, writing in a secret place while Iraqis were getting bombed by the United States and its allies. The publisher said the novel will be the first title in their “new imprint focusing on eastern literature.” The statement had me wonder: who still uses the word “eastern” anymore? Are Saddam’s writings considered literature, by any living creature? The publisher had an initial plan to release the translation on the 10th anniversary of Saddam’s execution. Is that a celebration? Or a commemoration? And who invited these guys to the party?
The news of this new release provoked me, specifically because it reflects a demeaning western approach to modern Arabic literature. Back in 2003, Saddam’s novels were widely discussed among Arab intellectuals exchanging accusations of writing for dictators for money, or under threat. It was an exhausting and embarrassing battle, but nevertheless necessary. At least in these debates, no one claimed to be “politically neutral.” Political neutrality is the discourse of the dominant, they who take their individuality for granted and in such they assume that their actions can be abstract, ahistorical, and isolated of all contexts.
Read more »
Posted by Mona at 6:27 PM No comments:

The Room of Darkness


I am from darkness,
my homeland is an aging butterfly
my prayers are the desert.
*
I wash in rain’s spit,
in my prayers the sun
dances tip-toe.
*
My god on the brink of a death.
He the echo’s infra-violet.
He is a storm
that loves to talk.
*
I was born with a genetic defect,
one of twins: I
and solitude.
I shall give you all a sad heart,
a burst eye, a foot
with twenty toes
and other limbs left me
by my friend Time.
*
Read more »
Posted by Mona at 4:28 AM No comments:

Unlocking Arabic: the Art and Poetry of Etel Adnan 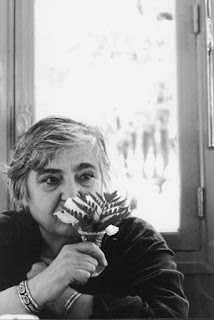 If you type Etel Adnan’s name into Google — in Arabic or English or French — you won’t find a single picture of the poet in her youth. Even if you type “Etel Adnan young,” you will only see results from her later years. Among these is a black and white picture of an elder Etel, her face partially covered with a flower, like an Ottoman girl preparing to transcend time.
Throughout Etel’s literary and artistic career, which has lasted over six decades, she has constantly endeavored to deconstruct questions of language. This quest has its roots in her family history; whenever she is asked about Arabic, she refers to her parents’ house in Beirut, and recalls her Greek mother and Syrian father, who met through the Turkish language. Etel’s father was born in Damascus and later joined the Ottoman army, where he learned German and French. In her poem “To Write in a Foreign Language,” Etel recalls her father’s attempts to teach her Arabic and explains how the many languages in her life often changed based on location: Turkish and Greek at home, French in school, Arabic in the streets. Etel says that her father spoke to her mother in Turkish, but during the wars he would write her romantic letters in French. In this way, French became the language with which Etel would battle the world.
Etel describes the Arabic language as her “paradise that is forever lost.” She often speaks about Arabic in terms of neglect and regret — perhaps even vindication — but she doesn’t allow these terms to overshadow her positive and more subversive relationships with the language. In her many attempts to return to and reclaim Arabic, she disrupts the necessity of language and its essentiality to literature and the litterateur.  Etel deals with language as a political and artistic idea; it can be a dystopian poem that thinks in Arabic but is written in French, and it can also be a visual appropriation of words, and a constant act of translation from self to text to readers.
Read more »
Posted by Mona at 8:20 AM 2 comments: 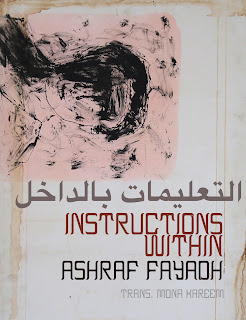