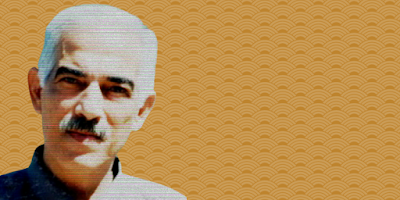 It’s late 90s Baghdad: with a trembling heart and weak joints, Ra’ad Abdulqadir, the editor of Aqlam literary magazine, would return from his office to his home in the western outskirts of the capital every day. He would change into his pajamas, lay down on the couch, and begin to write a poem for what would become his most notable work, Falcon with Sun Overhead. He would then doze off with the notebook resting on his belly. Like much of the rest of Iraq, Ra’ad spent the 90s suffering from health issues, and the hospital visits became part of his routine. He hated doctors and hospitals and chronicled their dreadful presence in his poems. “The poet used to be an angel,” he told novelist Warid Badir al-Salim in what’s considered his last interview in 1999. “Now he is a coal miner.”

And what does that mean for you, Mr. Ra’ad? “Well, I like to think of myself as the angel in the coalfield.”

And so he is—the angel in the coalfield, the cemetery, the empty classrooms, the white hospitals, the dark streets. For years, he was the kind of poet loved and envied by both his contemporaries and the generations that followed for his magical ability to keep the angel’s garb free of ash. Now, though, he has been underrated and forgotten.

Ra’ad began to publish in the 70s and reappeared again in the 90s “to save the Iraqi prose poem,” as his close friend poet Abdulzahra Zaki has written. He belonged to a generation overshadowed by those that came of age in the 60s, a generation that lives in exile, having escaped the authoritarian grip of the Ba’ath regime, and is celebrated across the Arab world, including poets like Sargon Boulus, Fadhil Azzawi, and Salah Faiq. Those poets that began to publish in the 70s and afterward, meanwhile, endured dictatorship and survived the Iraq-Iran War, the Gulf War, and sanctions. Literary historians describe this period of dictator-ship era literature (1979-2003) as one in which several generations of Iraqi poets—as well as their variety of poetic forms and practices—existed and developed side by side.

For Ra’ad’s generation, the 70s poets, survival came at a high cost. Those not already in prison or exile were required to serve in the military. For most people, the only hope was to be a woman, disabled, on reserve, or working as a reporter. Ra’ad worked as an editor and journalist his whole life, which allowed him to continue to write in relative safety. At the time, all forms of cultural production were run by state institutions (unless they were student-run or informal, in which case they would face censorship).

From Rap to Trap: The Khaliji Migrant Finds his Aesthetic 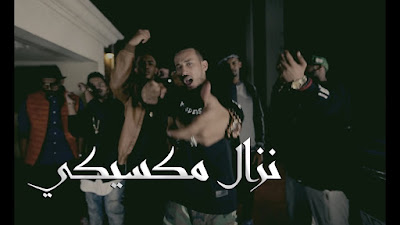 This article explores the trajectories and artistic productions of Arabic‑speaking hip hop artists of migrant background in the Gulf countries (especially the UAE and Saudi Arabia). More specifically, the article describes the recent emergence of a new hip hop scene led by second‑generation migrants, whose lyrics appear as more politicized than those of citizen rappers. While these artists face criticism by local audiences on the basis of their foreign origins – often used to delegitimize their position – the article suggests that hip hop provides them with a language to express their specific experiences as migrants– the informal neighborhoods they grew up in; their critical takes on kafīl‑s, the police, and systematic exclusion; or their experiences of unemployment and discrimination. The article further suggests that these very experiences grant their artists the “street credit” that citizen rappers would lack.

The article looks both at tracks and videoclips produced by the rappers as well as some of the discourses held about them– in the media and in the comments section of YouTube videos or online forums. It also points toward a number of issues – the question of how ethnicity and social class are mobilized in the lyrical, linguistic, and parodic creativity of the songs, and in controversies and discourses surrounding the artists; the question of state intervention, either through financially co‑opting the cultural industry or through censorship; the question of migrant experiences, that are rarely expressed elsewhere, and how they are made visible through hip hop productions.